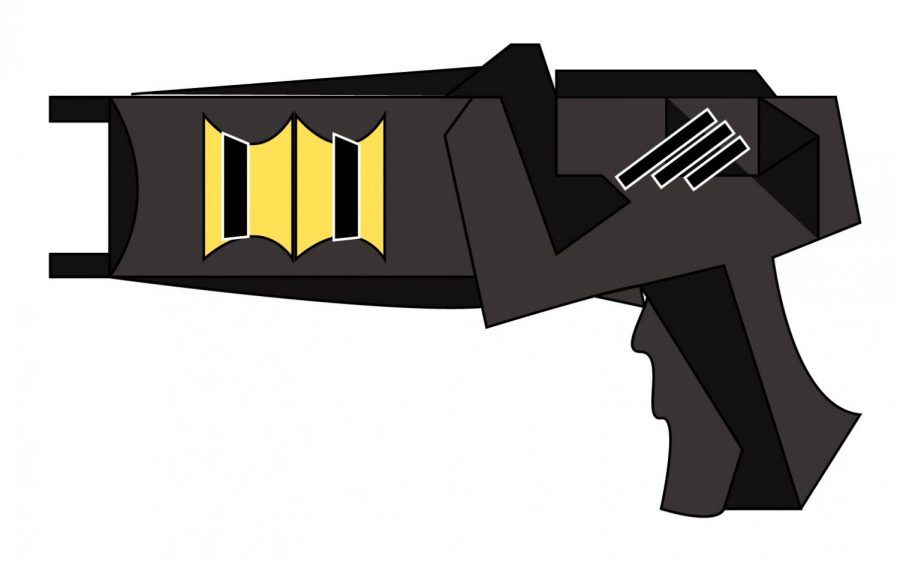 District fails to communicate threat with parents and students

It was a Friday night when I found out that a fellow student had brought a taser to my school.

Surprisingly, more than 24 hours had passed since the event, and I hadn’t heard anything about a taser. A friend texted me with the message sent out by district communications director Julie Boyle, saying “This is the email that my mom got.” That was the first I had heard about it. More than a day since the weapon had been confiscated.

How To Report Concerns

The first emotion that I felt was surprise. Why hadn’t I heard about this earlier?

Apparently, because the district had no intention of telling us. As the Lawrence Journal World reported, the district hadn’t meant to put out a report at all. It viewed the taser as not a threat to the student body, therefore, found it unnecessary to inform parents and students. In fact, the district only shared information about the event after being pushed to do so by the Journal World.

This situation appalls me. With the tense climate currently at LHS, students should have been informed about the confiscated taser, and not have had to rely on rumors from the student body and the article put out by the Lawrence Journal World.

LHS students and parents are unsettled by the frequency of weapons being brought to school, and it is important to have a steady flow of information, even with a miniscule chance of conflict. This also could have been a chance for the district to communicate about types of weapons not allowed at school, but instead of taking the opportunity, they decided to not inform the LHS community.

Parents should have been informed about the taser much sooner, instead of an email a day later. I realize it did not pose an immediate threat to students, but it is the district’s duty to inform us of potential danger, however small.