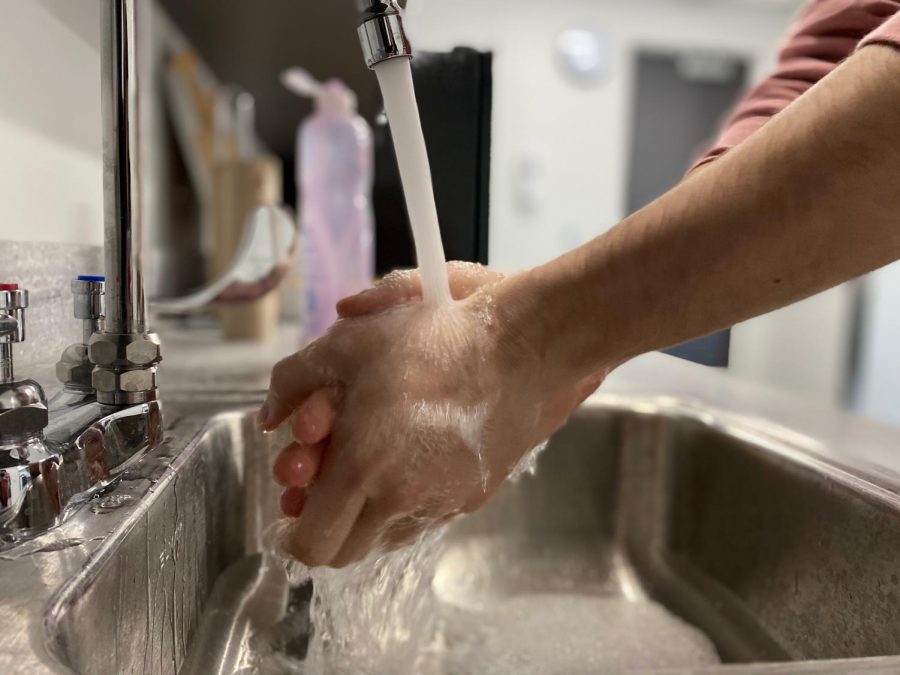 Washing hands is a critical way to protect yourself from the spread of illness.

Classes will resume on Monday amidst coronavirus cancellations

Amidst the spread of the COVID-19 pandemic, a slew of major event cancellations across the United States prompted Superintendent Anthony Lewis to confirm school was expected to resume on Monday as planned. While the University of Kansas has extended Spring Break and plans to continue classes online stating March 23, Lewis laid out in a letter to Lawrence families precautions that were being taken while school resumes.

“At present, health officials consider the level of risk in Kansas to be low,” Lewis said. “There are no confirmed cases of COVID-19 in Douglas County that would automatically trigger a school closure.”

Lewis urged students and faculty who are sick to stay at home as all absences related to health concerns would be excused.

“If levels of staff/student absences require it, we may combine classes or building staff in order to provide adequate supervision, support, and services to students,” Lewis said.

As for events and athletics, Lewis said further news would be announced on Monday, the first day back from spring break. State-wide cancellations, however, such as state boys basketball past quarterfinals, have already impacted student activities.

Forensics coach Jeff Plinsky said tournament cancellations have already changed the season. The Catholic Forensics League and National Speech and Debate Association qualifiers have been postponed while the National Individual Events Tournament of Champions has been cancelled. Plinsky has halved required rounds of competition for the class to accommodate.

“I am grateful for your trust and I want to ensure that student safety is my primary concern,” Plinsky announced over Twitter. “We appreciate your flexibility during this time.”

For now, at least two school trips — baseball to Arkansas next week and choir to Nashville the week after — haven’t been impacted.

While classes are expected to continue as planned for now, if further health concerns do rise, the district has options.

The Kansas Board of Education granted State Education Commissioner Randy Watson yesterday the ability to waive district’s requirements on school hours if their local health department requires it, according to the Lawrence-Journal World.

“The situation is bad in Italy,” Barbagallo said. “I’m afraid it could get to the same point here in America, especially because being away from my family now is hard.”

While Barbagallo fears the virus could disrupt her plans to visit New York City and return to Italy on time.

For students who have traveled to affected countries, the district asks they self-quarantine for at least 14 days.

Lewis reminded families to prioritize safety and stay home if sick. Here is a PDF of the full letter.