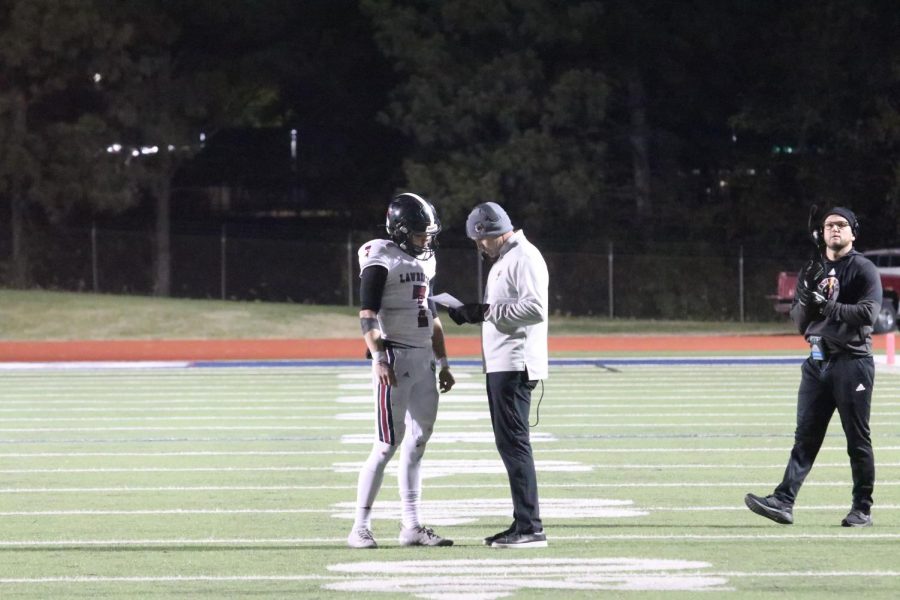 By Andrew Phalen, Co-Editor In Chief

It has been 26 years since the Lawrence High School football team competed in a state championship game. Clint Bowen and company will have an enormous opportunity tonight at 7:00 pm to end the drought in a state semifinal match-up with perennial powerhouse Derby High School.

The Panthers handily eliminated the Lions from the playoffs a season ago in the quarterfinal round 40-20. Lawrence returns just four starters from last year’s squad, with current senior quarterback Truman Juelsgaard switching over from defensive back.

Bannister had largely been a special teams player until injuries threw him into the starting lineup late in the 2020 regular season. He has been a valuable leader and tackling machine this season.

“Playing Derby last year we came out hot but then the momentum just shifted and we went stagnant,” said Juelsgaard.

This year’s Panthers are led by a powerful offensive line and stout defense. Averaging over 13 yard per carry, junior running back Dylan Edwards is expected to see upwards of 20 offensive touches. Edwards has over ten Division 1 offers and has been touted as the “fastest player in Kansas” by many coaches and media members.

While Derby has won the last three 6A state championships, the Lions will attempt to treat it like any other game.

“Our team is preparing just like any other week,” said senior offensive lineman Noah Smith. “Derby is very hyped up to be God-like, but we see them just as any other school.”

As the stakes grow even larger, the Lions continue to believe it’s time to rekindle the glory days of Lawrence High football.

The team is considered by many to be one of the greatest to ever come through Lawrence High, in addition to being the last team to win a state championship.

“It’s been far too long,” said Juelsgaard. “I think it’s time to update the trophy case.”