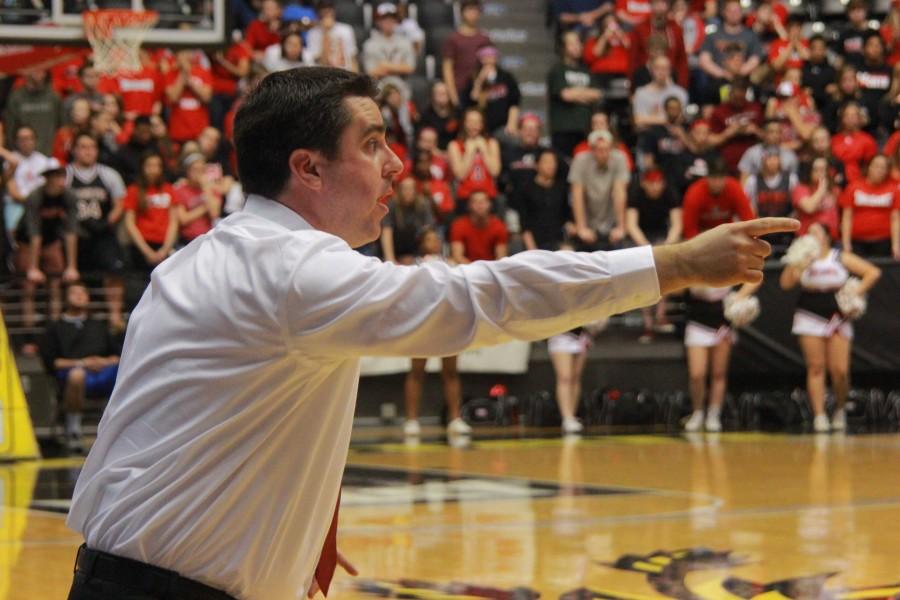 Boys basketball coach Mike Lewis gives gives instructions to his players in the middle of a tournament game in 2018.

The Lions will open the season Saturday, Dec. 6 versus Manhattan High School after KSHSAA’s decision to begin the season on time. The Lions will be led by senior guard Zeke Mayo, the only returning starter from last year’s team who averaged 16.0 points per game along with 6.0 rebounds and 4.0 assists per game.

“Our expectations are to win one game at a time,” Mayo said. “As long as everyone is on board, we will be special and shock a lot of people.”

Mayo recently signed to play Division 1 basketball at the University of South Dakota State and has played varsity since his freshman year.

A combination of Mayo, Dooley, Juelsgaard, and Ryan will be expected to make up the backcourt, while frontcourt players Oberzan, Obono, Cleavinger, and Long will carry the load in the paint.

Head coach Mike Lewis is excited about the level of commitment and chemistry surrounding this year’s team.

“We are very blessed and spoiled with a group of guys that love being around each other and love being in the gym,” Lewis said.

The Lion’s opener at Manhattan will tip-off at 5:30 this Saturday and will be streamed on the Manhattan Student Media YouTube.