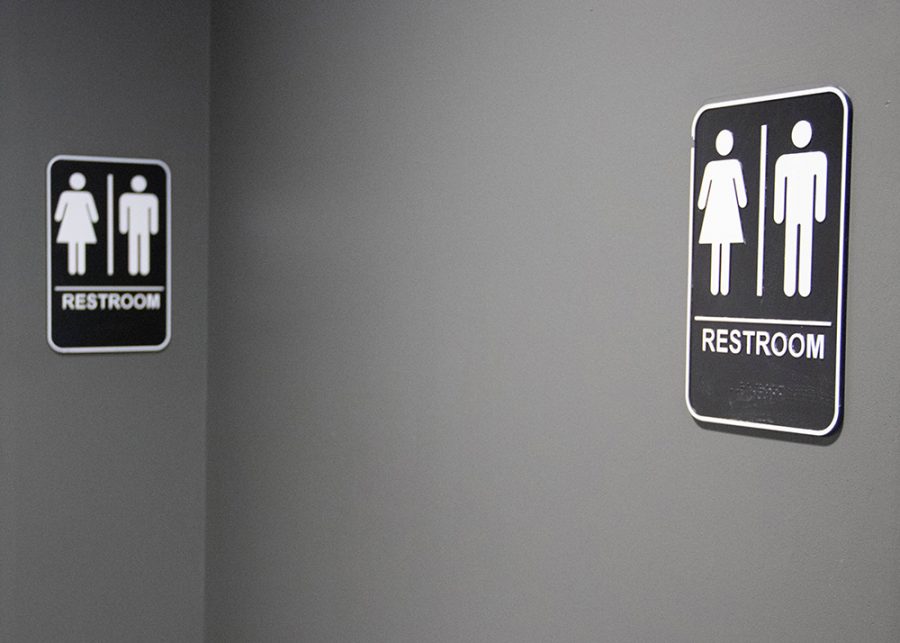 Renovations are leading to changes with gender-neutral restrooms.

While the school year began with the loss of one gender-neutral bathroom, new gender neutral restrooms have opened or are planned as part of school-wide renovations currently underway. Assistant Principal Mark Preut was a member of the LGBTQ+ Advisory Committee that met with the architects to provide feedback on the all-gender restrooms and locker rooms as part of the bond project.

“It has been awhile, but my recollection of the discussion was to create something akin to what people are used to using at home,” Preut said. “Namely, a private space where an individual could use the bathroom where gender identity makes no difference.”

Early this year, the all-gender communal restroom in the math hallway was closed because of sanitary issues. That meant the new all-gender bathroom options were single-use restrooms, such as the faculty restrooms in the main office and outside the auditorium.

“When I met with members of the TEA Club several years ago to identify an all-gender bathroom there were several considerations,” Preut said of the Total Equality Alliance Club. “One element that was expressed is that the students involved wanted the communal elements of a bathroom.”

The restrooms mean more than just a place to use the toilet, but are also safe spaces for students who identify all points of the gender spectrum.

“I remember the comments of one specific student who talked about wanting a place to put on makeup with friends,” Preut said. “The bathroom represented more than just a private place to use a toilet. We already had several of those spaces but the students also wanted the communal space…I am hoping the new all gender restrooms are able to meet both the need for privacy and also the need for a somewhat private communal space as well.”

Ishmael said there are significant benefits to having new gender-neutral restrooms in school.

“The effect of the new gender-neutral restrooms is that there are more places for the students that are uncomfortable in the men’s and women’s restrooms to use the bathroom, and it alleviates the overcrowding a little bit because they are single use,” he said.

Preut said architects are trying to think strategically about the placement of the restrooms.

“They have tried to be strategic in the placement of all-gender restrooms so that they are easily accessible from any part of the building, but keep in mind we are just completing phase one of a seven-phase project so this will not be evident at the outset,” Preut said.

Assistant Principal and Facilities Director Quentin Rials said he hopes the new restrooms will provide a safe space for students.

“Hopefully with the new all-gender restrooms, students feel safe and comfortable addressing all of their needs at Lawrence High.”

Freshman Katherine Price, a member of TEA Club, is one of many students looking forward to the updates.

“I just really hope that they will be accessible to everyone in the school,” Price said. “I think that’s really important.”