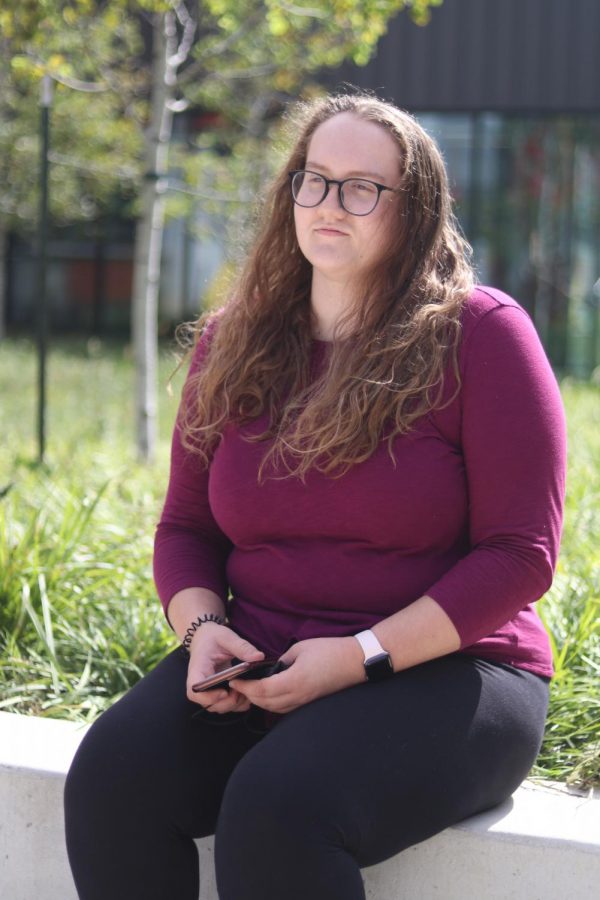 Contemplating changes in life brought senior Addie London to the conclusion that the regular migraines she battled were something she could live with.

My longest migraine attack to date was 604 hours, over 25 days. After it ended, I only had nine days until my next attack.

Being in so much pain for so long and so often changes you as a person.

My average migraine attack lasts for 410 hours — or over two weeks of distracting, ceaseless pain. It’s two weeks of blurred vision; speech difficulties; arm and leg numbness; nausea; extreme, stabbing pain in my neck, head and eyes; and much more.

During my attacks, I quit my hobbies, sleep nearly all day and stop swimming.  I can barely drag myself to school or work. I give up on my grades. I become a shell of who I want to be. The only thing I can focus on is the pain. I become desperate for relief.

For the first few months of my health declining, I had a “fix everything” and be positive mindset. There was no medication or home remedy I wouldn’t try. I had convinced myself that this would end in a few days or weeks. I just needed to get over it and be positive.

My migraines went from once or twice a week to not ending unless I went to the hospital. My health got worse. I tried everything I could. I’ve had four different teams of neurologists, gone to the emergency room, and been on all types of abortive and preventative medications. I began to realize that no amount of hydration, positive thoughts, pain medication, sleep or perseverance would help me.

I didn’t want to hate my life anymore. It was time to shift my perspective. I was tired of being in denial. My life was different, worse, but not over. I wasn’t able to go back. I couldn’t undo the damage to my body. I couldn’t cure myself. This was reality. No amount of complaining, pleading or crying would bring back my health.

Losing your quality of life to illness so quickly is traumatic and confusing. The only way that I have learned to survive my attacks is through my mindset. At a certain point, you have to accept that this is now reality.

I was introduced to the idea of radical acceptance at the beginning of my illness and thought it was an incredibly rude suggestion. To have someone suggest to me that I would have to accept that I was sick and be OK with it took me by surprise. That was the stupidest thing I had ever heard.

But I decided to entertain the idea to see just how stupid it was. What I found was nothing short of life changing.

According to Skyland Trial, a mental health organization, “Radical acceptance is when you stop fighting reality, stop responding with impulsive or destructive behaviors when things aren’t going the way you want them to, and let go of bitterness that may be keeping you trapped in a cycle of suffering.”

This wasn’t going away anytime soon. I would constantly be in pain. But I didn’t want to be mad anymore.

I wanted to start living again. I am sick, incredibly sick, and that is OK. The realization that I would be sick for the foreseeable future was weirdly relieving. I could stop looking for cures. I was allowed to be sick. I was allowed to take good care of myself. I was allowed to self advocate and not feel bad about it.

I can put myself first, but I can also do the things I want to do. I try to make the most of what my life is now. I go to practice more. I’m nowhere close to as good as I once was, but I can slowly get back there.

I go to school. I might spend half the day in the nurse’s office, but I’m still attending.

My life is different now, but it’s not over. I’m not the person I once was, and that’s OK.