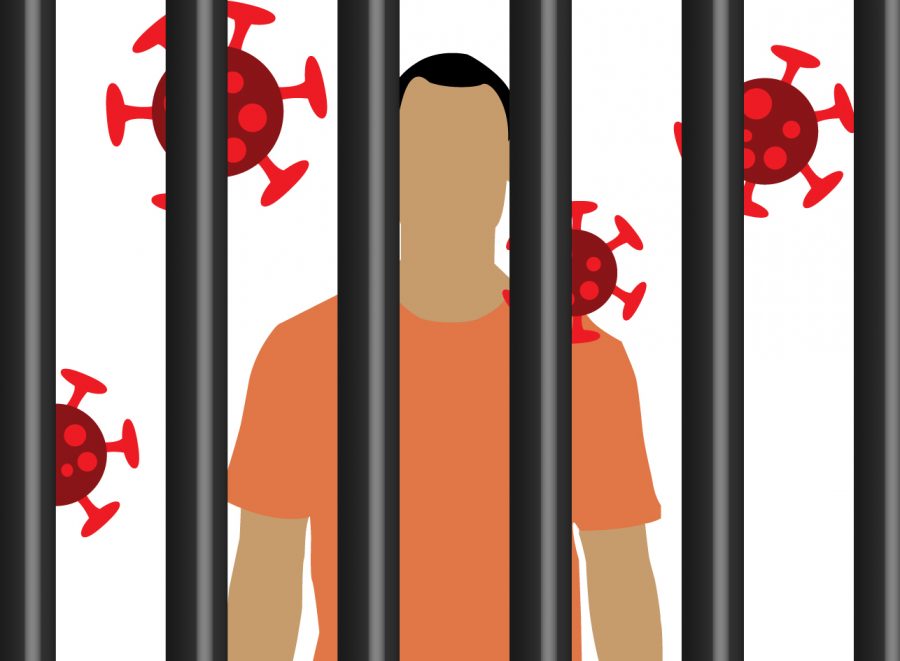 Outbreaks of coronavirus in prisons across the country have inmates worried about their health.

Chicago’s Cook County jail is now the largest hotspot in the nation for coronavirus infections, infecting more than 500 staff and detainees infected. These account for only a small portion of the total prison infections in America. 1,324 people connected to prisons are infected, and 32 have already died, according to the New York Times.

Prisons are an archaic institution. Prisons have existed since the beginning of organized civilization, but truly came to prominence in the United States as a progressive reform to capital punishment. However, prisons never existed to achieve rehabilitation.

Last March, governor of New York Andrew Cuomo infamously announced that the state would produce 100,000 gallons of its own hand sanitizer. This received major backlash because the state was using prison labor to produce it. Prison labor isn’t just happening in New York, states across the country are forcing prisoners  to create masks, gowns, and other essential items.

The irony is that prisoners don’t get access to these supplies. Rikers Island, where prisoners are dying from the coronavirus, considers hand sanitizers to be contraband. Prisons are confined with violence and a lack of sanitation. Truth be told, prisons have always operated like this.

Incarceration has always been a tool for creating profits. If more people are incarcerated, the more free labor corporations can use. That’s why “pro-business” politicians often push for more “law and order.” America now has the largest incarcerated population in the world, according to the Prison Policy Initiative.

Prisons are dangerously overcrowded. This can lead to increased violence, lack of medical attention, and many unsanitary practices, according to the ACLU. Many of these unsanitary practices include sleeping on the floor, exposure to extreme heat or cold, and the consumption of contaminated food.

The rapid spread of the coronavirus in American prisons could have been seen from a mile away. All prisons across America must release all prisoners during the time of this pandemic.

Prisoners don’t deserve to die, no matter the crime they committed. We shouldn’t let a few microbes play judge, jury, and executioner on any prisoner. And using slave-like prison labor for public purposes instead of private purposes doesn’t make it any more ethical. Open the gates!