Voting rights should extend to everyone, even felons 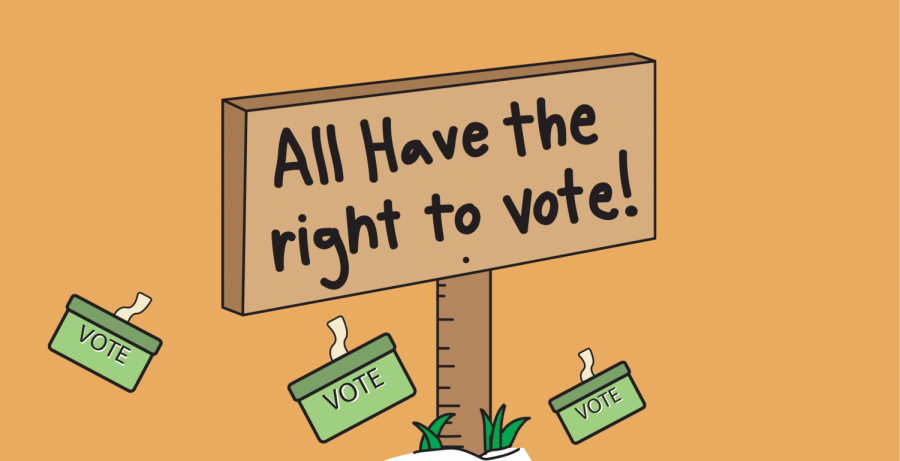 Different states deal with felons voting in different ways, but all felons should have the right to vote

Voters went to the polls in November to exercise the fundamental right to elect representation for their communities.

But many in said community weren’t given the opportunity to use this most basic American right.

In Kansas, felons aren’t allowed to vote until they complete their full sentence, including probation and parole. In other states, voting rights are even more limited.

Yet, this most foundational right isn’t just about rewarding good citizens. It’s about making sure everyone in this democracy has a voice. Voting is an elementary right that shouldn’t come attached to any conditions other than citizenship.

The government should instill power in the people rather than politicians. Voters hold people in power accountable to do what’s best for all people — including those who have made big mistakes.

Even so, nearly all states have denied the right to vote in all or in part to citizens with felony convictions. Only Maine and Vermont never take away the right to vote, according to National Conference of State Legislatures.

This disenfranchisement affects roughly 6.1 million Americans, and bars one in 13 African Americans from the ballot box, according to a 2016 report from the Sentencing Project, a nonprofit.

This denial of a right so inherent to democracy is not based on respect for the law, but is rather a historic and deliberate effort to prevent black people from voting.

Voter disenfranchisement is rooted in our country’s racist history. It was meant to destroy the power finally attained by newly freed slaves. During the Antebellum period, black people were targeted and accused of crimes — often with the goal of trapping them in a criminal justice system that mimicked slavery.

Convict leasing was a system of penal labor practiced in the Southern United States and overwhelmingly targeted African American men. Convict leasing provided prisoner labor to private parties, such as plantation owners and corporations. The lessee was responsible for feeding, clothing and housing the prisoners.

These ideologies live on today and have led to a continuously skewed representation of America within governmental institutions. Those affected by disenfranchisement are disproportionately minorities and low-income citizens.

Proponents of felony disenfranchisement argue that felons have disregarded the law, and therefore must demonstrate respect for the law before gaining voting rights back.

But there is no system in place to allow for any sort of redemption. Many citizens with felony conviction records find themselves with no means to push for tackling corruption in the criminal justice system. Yet, their experience means they know its flaws best. With representation, they could influence policies that might help address staggering rates of re-incarceration.

Citizens can no longer accept the argument that efforts to block the vote for millions are about preserving respect for the law. It is simply not true. Felony disenfranchisement has nothing to do with the law and everything to do with politics.

It is a flimsy excuse to deny voting rights, just like today’s voter ID laws and the literacy tests and poll taxes of previous generations. This injustice forever makes these Americans second-class citizen in their own country.

When a person is incarcerated, they serve the punishment that our society has deemed fit for them. But they should never surrender the basic right to vote.

It’s impossible to fix problems within the criminal justice system if there is no way for those who have experienced them to advocate for reform through voting. If these serious and pervasive issues are not solved, the future of our nation is in serious jeopardy.