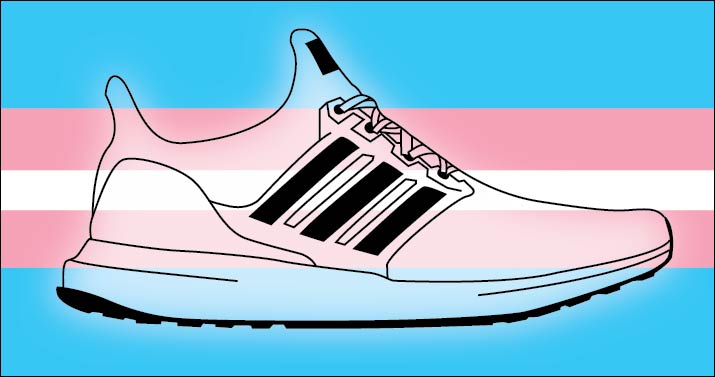 This proposed bill would discriminate against Trans athletes. Graphic By Riley Unekis

The blatant attack on Trans children by the Kansas legislature is sickening and the representatives advocating for a bill this hateful should be ashamed of themselves.

This hateful legislation directly targets children. It’s like Republicans are playing a game of how-low-can-you-go. They are your little sibling’s classmates, the kid in your English class. This hatred is directed towards kids, who just want to live as they are and have a normal school experience. These legislators are attempting to strip them of these rights. This proposed bill would further ostracize Trans students, a community already too vulnerable- with higher rates of bullying and suicide.

The ACLU threatened a lawsuit over this bill. You heard that right- The American Civil Liberties Union believes that this law is unfair and discriminatory. And yet, Republicans continue to fight for this bill. Listening to their arguments should make any decent person’s stomach turn. It’s incredibly sickening to hear their reasons behind why they wish to implement this. The blatant transphobia shown by these elected officials, those who are supposed to represent us, is staggering.

Governor Laura Kelly should be commended on her choice to veto the bill, announced Thursday, April 22. However, the fact that one of the reasons she cited for the veto being that the economy would suffer is unnecessary. The economy doesn’t hold a flame to how important it is for Trans students to feel welcome in their school environment. Governor Kelly should have taken a stronger stand against hate and not tried to appeal to moderates with the mention of the economy. Legislatures will most likely try and overturn this veto. It’s up to us to keep this from happening. Contact your representatives and tell them that this bill is discriminatory and has no place in Kansas.

This fight isn’t over. Everyone must make sure their school environments are welcoming to Trans students. It’s not optional- as gender identities and expression evolve, we must evolve with them. Advocate for your Trans friends. Hopefully, the negative response to this bill is a wake-up call for moderates and Republicans in the Kansas legislature. Transphobia will not be tolerated. Not now, and not in the future. Keep fighting for trans kids. Trans boys are boys, Trans girls are girls. That is a fact.