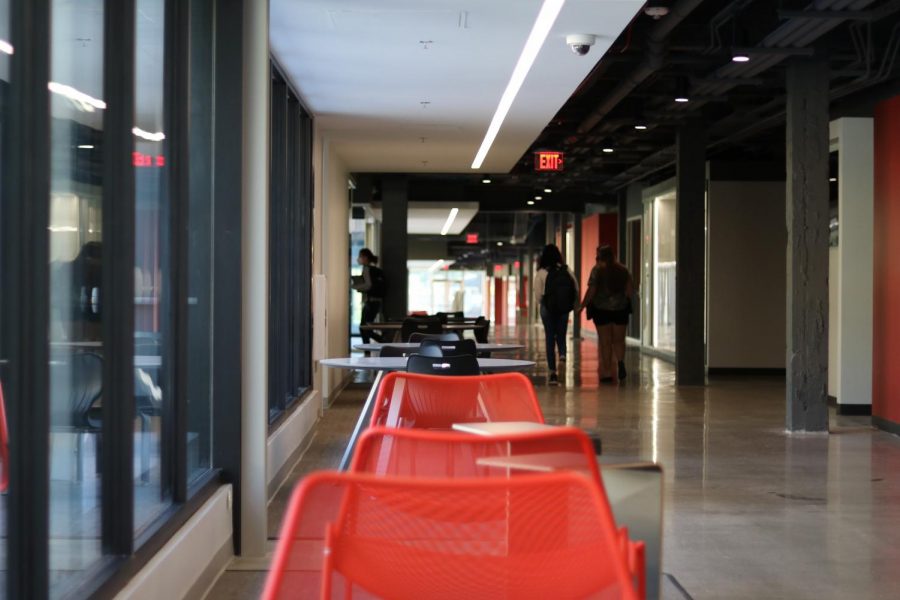 Hybrid learning is scheduled to begin later this month bringing students back to Lawrence High for classes in a schedule aimed at limiting the number of students in the building. This is a look down the newly opened innovation corridor on Sept. 30.

By Nadia Sanburn and Sarah Farhat

USD 497 negotiations team met on Thursday to address a relationship fractured by Monday’s vote to send students and teachers back to school buildings this month.

The meeting began with the official LEA statement read by Kelly Barker, a teacher at Liberty Memorial Central Middle School. The statement said teachers felt blindsided by the 4-3 decision to move into a hybrid model in which students will attend classes online and in person.

“We were thrown in front of a train Monday night — the bus metaphor is not enough for what happened,” Barker said.

Barker, who has taught in the district for 33 years, said that if the board did not take teachers’ opinions into consideration, he would seek work in a different district at the end of the year.

“Once we open our doors, it will be in our buildings,” Barker said. “That is a fact.”

A tearful Kelly Jones, the school board president, apologized for the negative feelings the decision created about the board.

“My goal is to help bridge some of the distrust we have now,” Jones said.

While the plan was approved on Monday night, teachers have begun to see proposals for how reopening schools would look this week. LEA members noted that some teachers had yet to see their school plans and noted the importance of getting teacher feedback. He said many issues remained to be resolved.

“Let us be the ones to help you fix those problems,” Plinsky said.

At Lawrence High, the current plan would slowly phase in the reopening of schools, introducing smaller groups of students to the building beginning Oct. 19 with the full, hybrid student body not returning until November.

No conclusions were reached at this meeting. There will be another virtual meeting from 5:30 p.m. to 7 p.m. Oct. 8.

Donnavan Dillon contributed to this report.