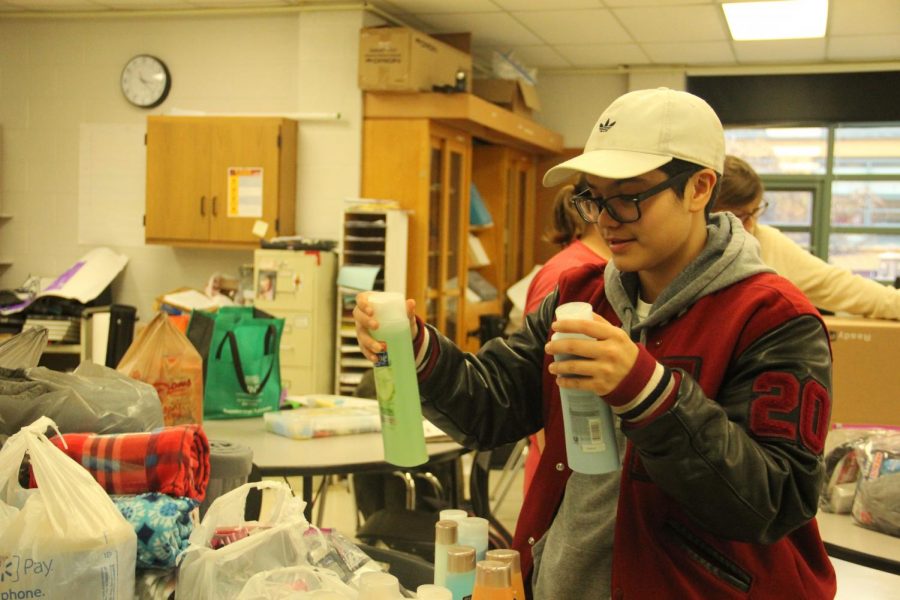 The club gathered donations for two Native American reservations, the Navajo Nation of Arizona and the Pine Ridge Indian Reservation of South Dakota. The goal was to meet basic needs for each, depending on climate and circumstance.

“Since it was the winter months at the time, we wanted to send warmer clothing items to South Dakota, because it was colder than in Arizona,” junior and Inter-tribal club secretary Nick Kennedy said. “We also sent necessities to both, like shampoo, toothpaste, conditioner, stuff like that.”

Although this was the first time the club used its funds for an aid project, Kennedy believes similar endeavors will be pursued in the future.

“I think that was one of the things we were looking forward to doing, helping people in need,” Kennedy said. “The best part seeing that we were able to contribute in a meaningful way”