Going out in Stile 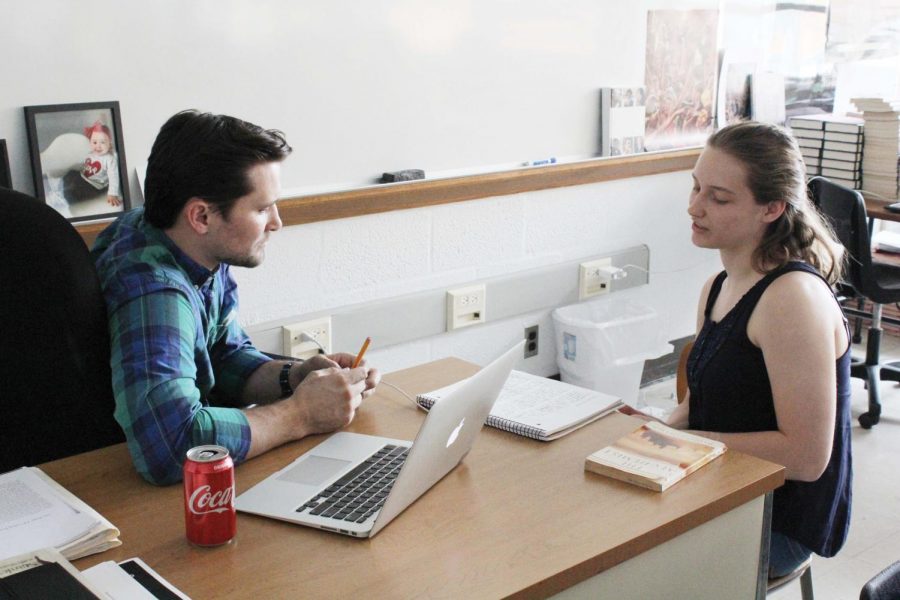 After seven years at LHS, English teacher Matthew Stiles will teach at Olathe West in the fall.

Stiles, known for his involvement with basketball, football, FCS and Graffiti Literature Magazine, made the decision to shorten his daily commute from Olathe.

“It sucks but it’s good that he’s going to the next step,” senior and Graffiti Editor Kaziwa Abdulqader said. “He needs to be able to support his family.”

Stiles was known to let students engage in conversations about class topics with each other before offering any of his own input. Abdulqader found this style to be especially helpful in Graffiti.

“He just steps back and lets [the students] handle it,” Abdulqader said. “He lets us play out our roles.”

Stiles’ coworkers in the English department recall his friendly mannerisms.

“[The best parts were] lazy mornings where we either got breakfast or just sat around drinking coffee talking about a lot of stuff,” English teacher Jon Harrison said.