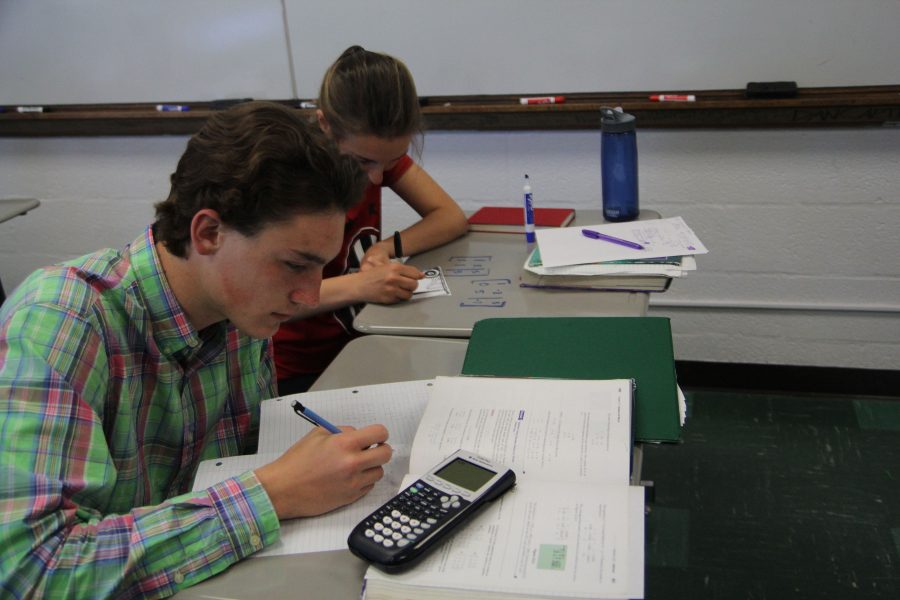 By Izzy Hedges and Addisson Thornsbury

Sophomore Jackson Hoy scored a 36 on the ACT on April 9. Hoy describes his experience and offers advice.
What strategies did you use to prepare yourself?

“I used the ACT online prep, the thing the ACT offers through their website. I spent about three weeks practicing on that but for most I’d recommend more practice than that.”

Is there a reason you took it earlier?

“Well I took the PSAT this fall and I did really well on that so I figured that I would take the SAT to see what I could do on that and yeah that’s why I took it now.”

Did it come as a surprise when you got your score?

“Yes it did. I felt like I’d done pretty well after I took it, but I definitely didn’t expect that I got a perfect score.”

What advice do you recommend for those who plan on taking it?

When did you start preparing for it?

“I started about two weeks before I took the test, but I would definitely recommend preparing earlier than that.”

Are there any colleges you plan on applying to in the future?

“Definitely I am going to apply to Stanford, The University of Pennsylvania, Vanderbilt, UCLA, maybe University of Texas, North Carolina, and Duke. I have a list of about 10-15 schools that i’m really interested in.”

Have any colleges contacted you yet?

“Not about my ACT score, but I’ve had a lot of stuff come in ever since I have taken the PSAT. I expect that i’ll be getting a lot of stuff from other colleges really soon.”

Was the ACT more difficult than you expected it to be?

“I didn’t really find it that difficult. It was mostly stuff that I’d learned in school and that I was prepared for.”

Is it hard for you to balance school work and sports?

“I don’t really think so. As long as you get things done on time instead of putting them off, then it balances everything.

Have advanced classes prepared you for the ACT?

“I definitely think that they have. I think that’s one of the reason I’ve been able to achieve academic success.”