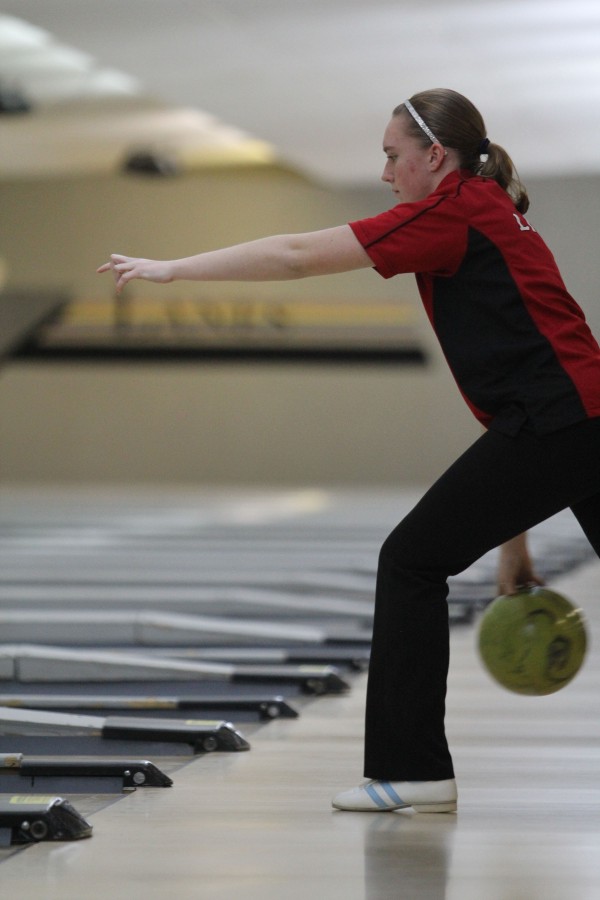 On Saturday, Mar. 12, sophomores Javier Lemmons and Holly Evans placed in the top five at the state bowling tournament at Northrock Lanes in Wichita.

“At state it was really fun to compete with your peers,” Lemmons said.

Evans rolled her highest score as well. Placing fifth, Evans rolled a 248 in the first game.

“The season went really well,” Evans said. “I was surprised that as a team we didn’t go and how high individuals placed.”

At the Lawrence quad tournament on Jan. 21, both girls and boys varsity teams won the first place title. The girls team finished first in the Olathe South tri, Topeka Seaman quad, and Olathe East tri, and finished second in the De Soto quad as well.

“It was fun but not exactly that great,” Lemmons said. “I thought I should have done better, we almost made it as a team to state. It was a decent season.”

Both the girls and the boys teams tried their hardest and the season was nearly a success.

“We had good bowlers but we never bowled well all together, but we had some individuals who did well in each tournament,” senior Tristan Decker said.