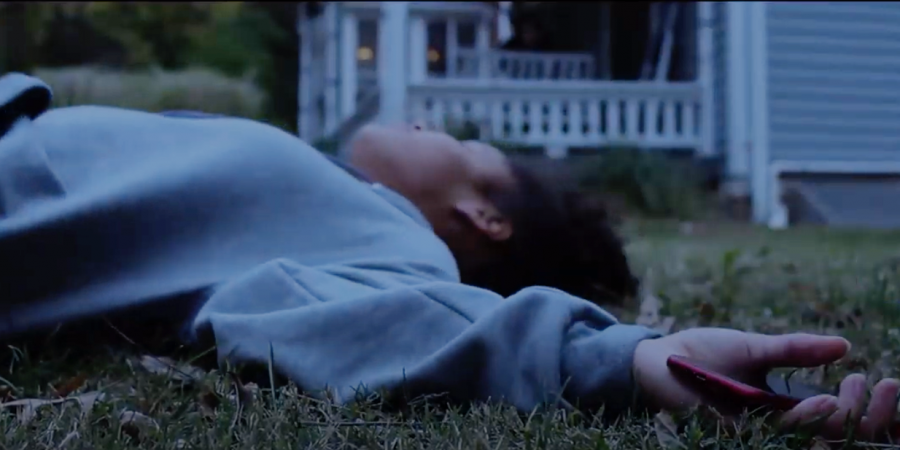 Screenshot from Paris Spotted Tail video "In the Shadows"

Paris Spotted Tail performs in her submission for the "10 Scary Minutes" film contest. Her piece was named "In the Shadows."

In a world that already felt a little frightening, video students embraced the scary genre.

Zach Saltz’s Video Production II class this fall participated in “Ten Scary Minutes,” a short horror film contest. The objective was simple: make a 10 minute or shorter horror film on an amateur camera and then get the chance to win a $200 grand prize.

“I think everybody is excited to participate,” junior Zach Micka said. “Anytime Saltz finds us something like this, we all jump at the opportunity. It’s great to have our work compared with other people and just to know just how good we really are.”

The goal was to be as original as possible. Stories ranged from camping trips, to being home alone, to being followed. Once inspiration strikes, students said it is pretty easy to go from there, but sometimes the hardest part is getting started.

“The first thing I do when coming up with an idea is — it’s kind of weird — but I listen to a scary song, and my mind kind of plays out scenarios of what could happen while the song is playing, ” junior Paris Spotted-Tail said.

Others took inspiration from suspense or horror movies, drawing on concepts or scenes that they enjoyed to help shape their work.

“My inspiration for this one was ‘The Zodiac’ actually. It’s a David Fincher film and the main characters are trying to catch the Zodiac Killer and it’s a true story,” Zach Micka said. “It’s not a horror movie per se, but there’s a lot of  scary moments in it — some of the scariest moments I’ve ever seen in a movie.”

His brother, Sam Micka, said he thought about the opening scene of “The Zodiac,” when writing.

After more consideration Sam Micka’s group decided to go in a different direction.

“We pivoted to a completely different idea right before we were about to shoot. We modeled our film after the Twilight Zone, a TV show from the 60s,” Micka said.

“I think working in a group is better than working alone. You’re able to bounce ideas off of others so you know that they’re not totally crazy,” Micka said. “We just try to have the best idea win.”

Seeing a lot of horror movies gave a bit of an advantage to people like Spotted-Tail in this contest, because of their familiarity with the horror movie format.

“I’ve made many scripts of horror movies, but I’ve never actually continued with them. I love horror. I was so excited to hear about this contest,” Spotted-Tail said.

“As far as watching them goes I’m not a huge fan,” Smith said. “But competing in anything is exciting for me.”