The new class prepares students for an evolving job market 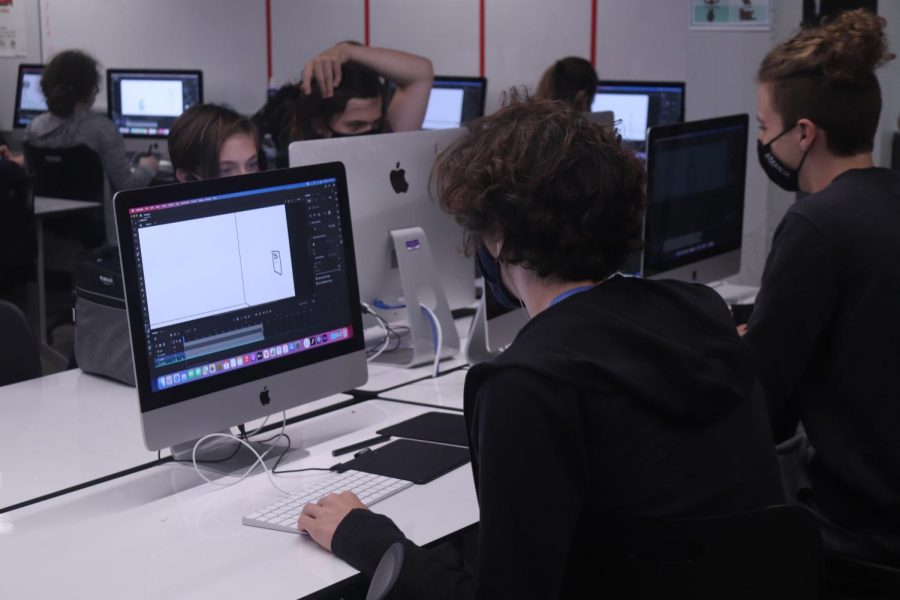 This year, animation will have its own class at Lawrence High School.

In the past when Zach Saltz taught his animation units in various other classes, it was always divisive among students. But now it will have its own course for those interested in pursuing the new skill.

The increasing value of animation skills, along with students’ polarizing thoughts on the matter, made it a great opportunity to be its own separate course. Saltz had been pushing for the class to be added, but due to a lack of resources, the class was not possible.

“The reason, the biggest hindrance, to why this class didn’t happen was I always wanted to get these Wacom tablets and we just never really had the resources for it,” Saltz said.

When the school board approved the class and the funding of the Wacom tablets, Saltz knew he finally had the adequate technology to make the class a reality, rather than his vision.

The most significant reason Saltz had been pushing to have the course added is because of the presence animation has in an evolving society.

“Animation is a very in demand skill right now for employers,” Saltz said.

Not only does Saltz want to prepare his students to have a successful life after school, but he also wants them to be able to display their personality and creativity.

“It is an in demand skill that is creative and fun and you are able to show off your personality doing it,” Saltz explained.

One of the most emphasized values at Lawrence High School is to let students be creative and express themselves, which is a large reason the course was introduced.

While the animation course was certainly a goal of his, Saltz is still looking to add similar courses to teach valuable skills.

“The biggest changes that my classes have had, animation is a big change, but another big change for the video classes is that we have added more live streaming athletic events and the announcements,” Saltz said. “Those are now two really big parts of my class that are about broadcast, so I do have a long term goal of creating a standalone broadcast course at some point for students who just wanna focus on the daily announcements, athletics, and live streaming.”

The LHS technology program is attempting to teach skills that will help students in their future, specifically in progressive technological fields. Saltz sees the potential of students and wants to expand upon their options so they can find what they thrive in.

Saltz has been impressed by his students’ ability to understand the foreign concepts he is teaching them.

“Way beyond what I was expecting,” he said. “So I have had to pick up my game a little bit. They are flying right now, they are doing great work.”

When asked how students were pleased by their performance in class, Saltz said students’ ability to learn this concept so quickly shows how gifted many teenagers are in digital media. This skill is largely untapped because of the lack of diverse digital courses offered up until this point.

As the professional world continues to value more technological skills, teachers and schools must evolve. Saltz has certainly done that in creating a new course, while hoping to add even more, that will prepare students for a successful career in a changing world. School is designed to prepare you for life after your academic career, and the animation course is going to grant students a valuable skill for the future.