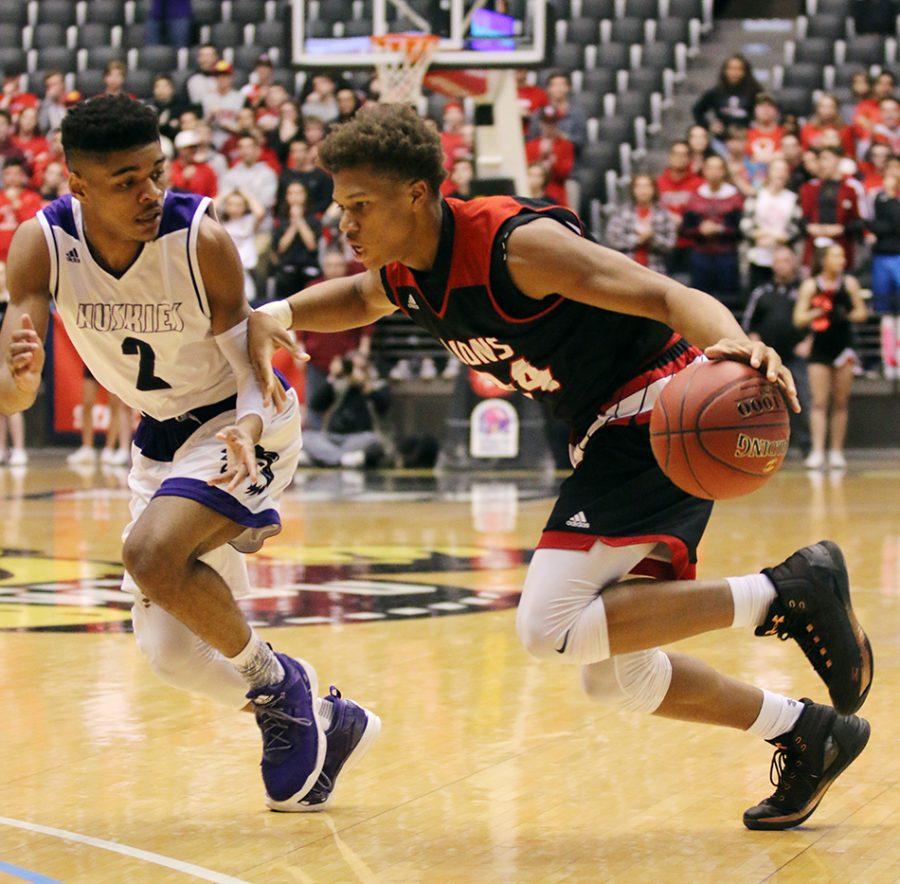 Taking the ball down the court, Clarence King dribbles under pressure from BVNW player Anthony Pleasant during the first half of the state basketball tournament championship game.

WICHITA — Coming into the 6A state title game, the No. 7 seeded Lions knew one thing for sure: No. 1 Blue Valley Northwest Huskies could run.

The Lions, led by sophomore Clarence King, who finished the half with 12 points, hung with the Huskies for a quarter and a half, but lost control of the game heading into half, trailing 43-25.

The Huskies love to run the floor, and led by their industrious star, senior Darien Jackson, who led all scorers with 20 points, got up and down the floor, showcasing several highlight-reel dunks.

In the early going, the Lions held their own, and even came out faster than the high-paced Huskies, opening up the game with an 8-3 advantage.

Soon after, the Huskies got into their game, with a quick 7-0 run to take the lead.

The Lions responded with King, who scored two three-pointers in the span that saw the Huskies and Lions switch back and forth, until the game was tied at 21 with six minutes remaining in the half. The Huskies scored two quick baskets, and the only answers the Lions had was sophomore Brett Chapple scoring two baskets underneath.

Following this stretch, the Huskies blew the game open, scoring 18 unanswered points to close out the half.

The Lions were still finding open looks but could not get anything to fall, heading into the half trailing by 43-25.