Boys’ swim members splash their way into the season

The boys’ swim season is four meets into their 15 meet (state included) season.

Last year, the boys’ swim team had one of its strongest seasons in recent history, finishing eighth at state, its best placing since 2002. This year, the team has placed third at two quads, second at a tri and sixth out of 16 teams at meets so far this year.

The team is made up of both seasoned athletes who plan to make their mark at state again this year as well as swimmers who just want to improve their times. 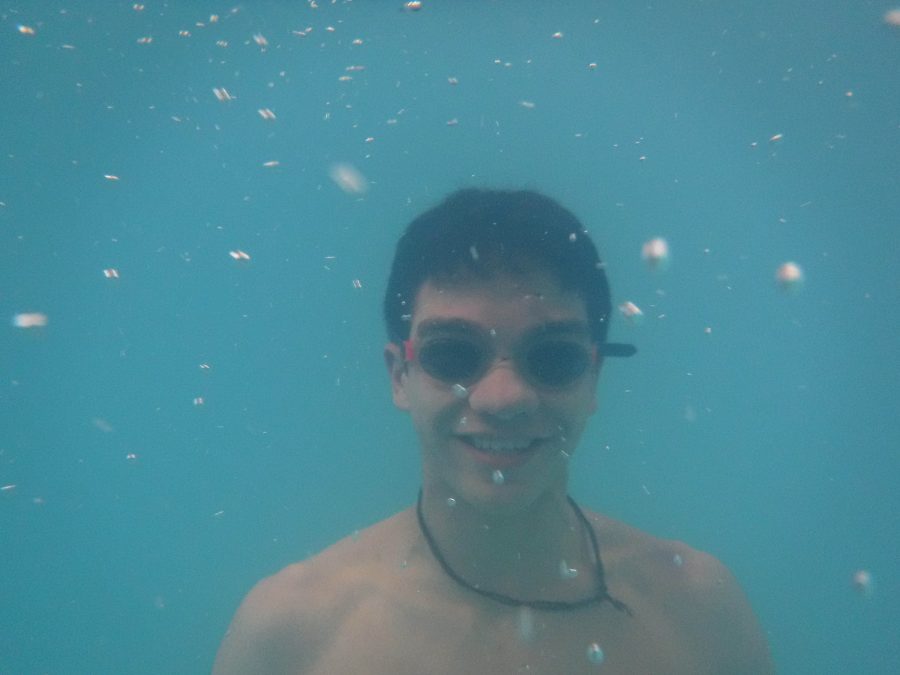 Miller’s best strokes are freestyle, backstroke and fly; his worst is brushstroke. His best time was a 25.57 in the 50 meter freestyle at the Manhattan Quad, which didn’t  qualify him for state. However, that is one of his goals, along with lettering.

“I believe I have to get below a 24.5 on my 50 free to qualify,” Miller said. “I believe I would qualify [for state] if we had our best guys on the 200 free relay because they are fast enough to carry me to state.”

Miller said he has always loved swimming but has had a major shoulder injury since his sophomore year from swimming, making it hard for him, but that hasn’t stopped him. 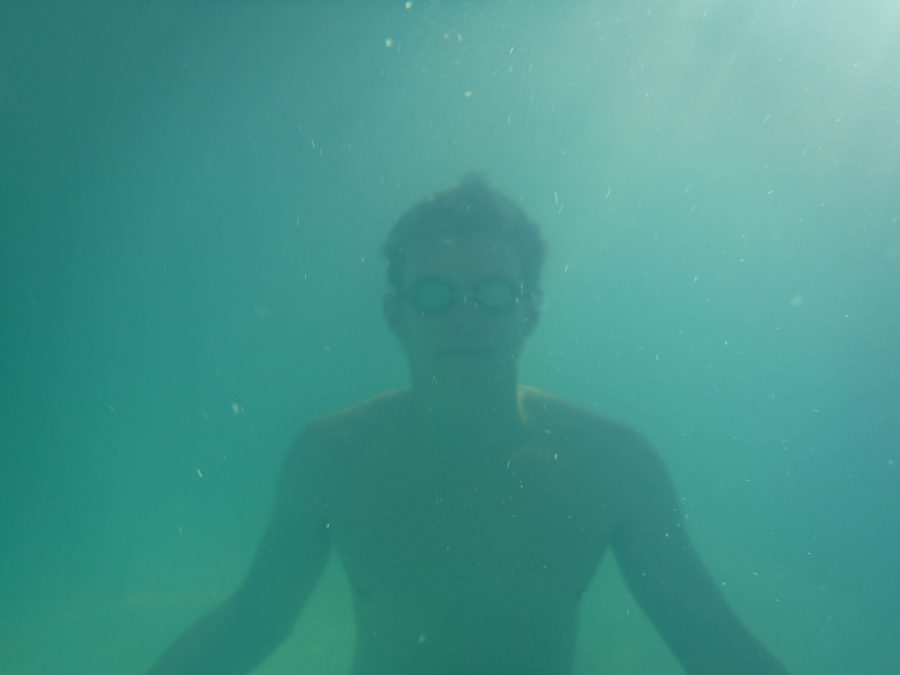 Johnson placed fourth in the 200 and 500 freestyle at state last year. His best stroke is freestyle, and his worst is breaststroke. He’d say his best time is 1:44.06 in the 200 freestyle, which qualifies him for state, where he’d like to place high. Johnson also wants to break some school records, which he’s been checking out since his freshman year. His training goes back even earlier.

“Well, to be honest, back when I was like 7 my mom offered me a pair of fins if I would join the swim team, and that was just the coolest thing,” Johnson said. 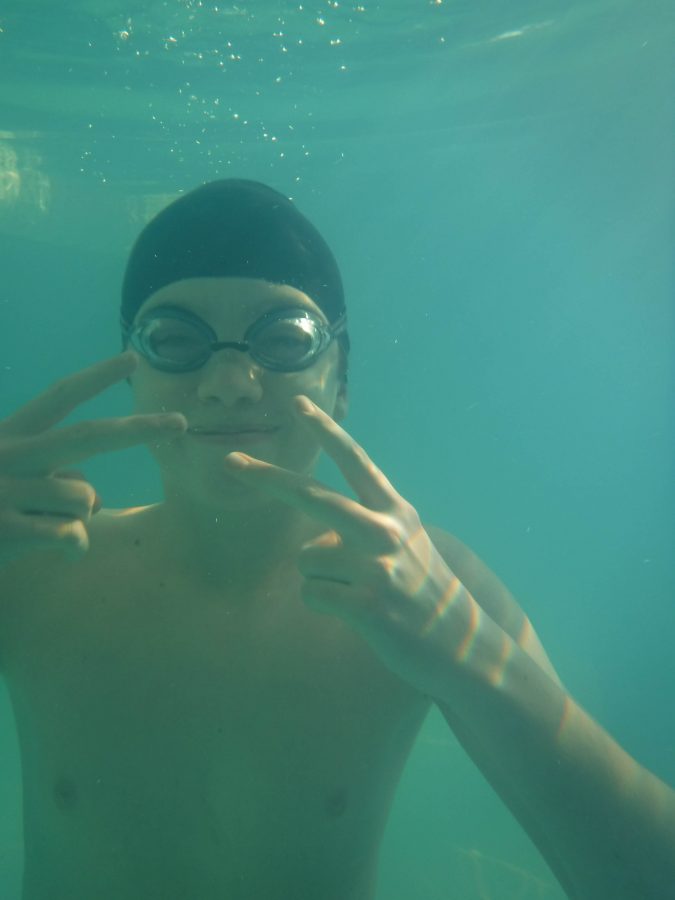 Severn’s best strokes are freestyle and breaststroke, and his worst is backstroke. At the Manhattan Quad, he swam a 28 50-meter freestyle and 2:06 100-meter breaststroke. Neither times  qualify him for state, something he doesn’t think he’ll do this year. He plans on swimming club during the summer with the goal of swimming state qualifying times next year. Still, he’s enjoying the season.

Talking about fun things the team does, Severn said “Every other like five practices we put soap on the floor and we get the locker room wet and slide all around,” he said. 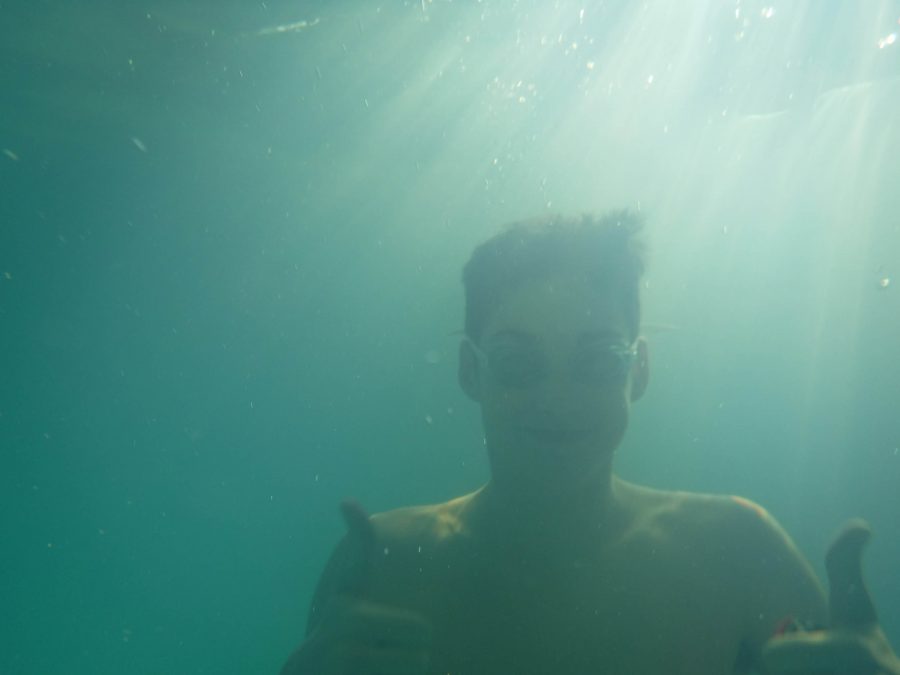 Bellemere is best at freestyle and butterfly, and his worst is breaststroke. For his 100-meter freestyle, his best time won’t qualify him for state, but he plans on working hard until it does, because that’s his goal for the season. He joined the season to get involved in athletics and meet new people.

“One time we like made a slip and slide,” Bellemere said, continuing Severn’s anecdote. “We like put soap on the floor, we got like the water, we put a table and people would like slide across the locker room under the table.”