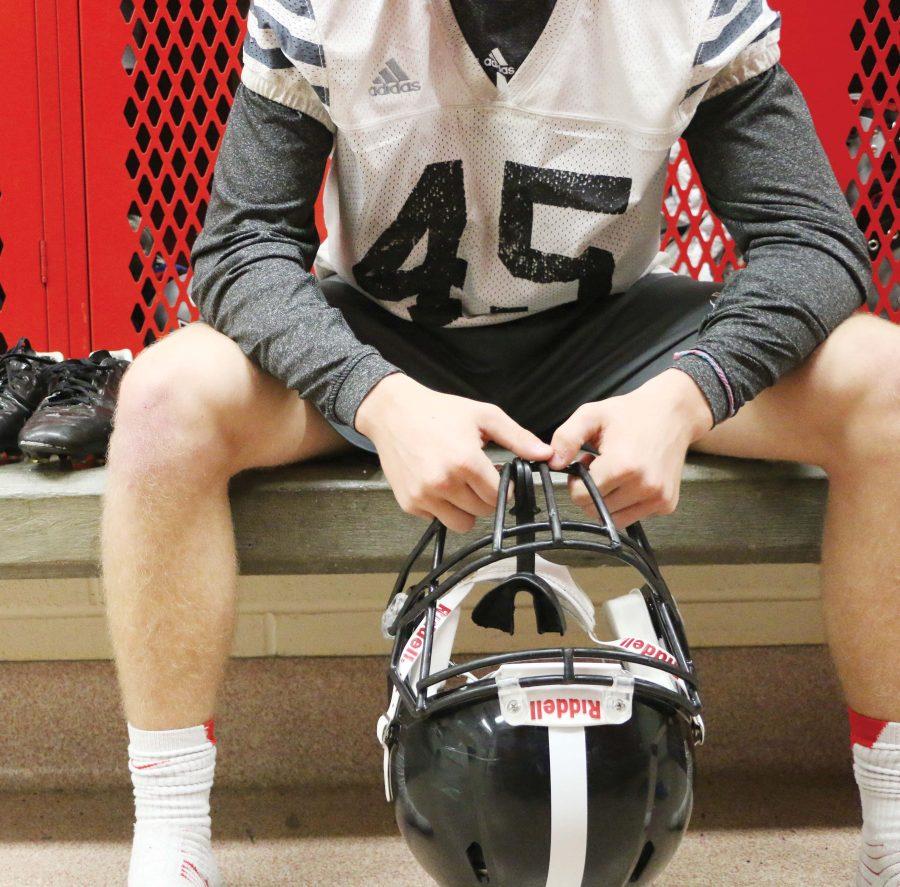 For student athletes everywhere, stress is a normal part of life.

The jam-packed schedule many sports demand, in addition to the normal academic demands expected of a student leave little to no time for social interaction independent of the sport, let alone sufficient time to allow their bodies to recover from the rigorous activities they engage in daily. Pair that with the stress in high-level athletic environments, and it leaves little to the imagination of just how taxing the daily life of an athlete may be.

Often times, mental toughness is emphasized as a key attribute of a high level athlete. However, the line between mental toughness and disregard for mental health is an unclear and dangerously unestablished line athletes toe each and every day.

The physical and mental effects of stress often arise in athletes, even at a rate higher than non-athletes. According to a study conducted by the University of Michigan, one in three students face a mental health concern, however a mere 10 percent of student athletes seek help.

There are numerous factors that contribute to why student athletes are less likely to discuss mental health issues that arrive as a result of the stressors related to sports.

One of the biggest issues, according to health teacher and coach Adam Green may be that athletes are afraid to discuss these issues, because they are incorrectly correlated with weakness.

“When you are a competitor and a person out there looking for an edge, whether it be mentally or athletically… to admit that you might be dealing with some things obviously might in your own belief put you at a disadvantage,” Green said.

To school social worker Lynisha Thomas, another reason is that as an athlete, there is a certain persona and identity you carry. Any move you make outside of that image presents a mini-identity crisis, and seeking out help for mental health issues would conflict with the prototypical idea of an athlete that many strive so earnestly to follow. Another fear associated with this idea is how the team and specifically coaches would respond to an athlete seeking out help.

“I think as an athlete there are a lot of stressors, because if you do want to continue doing sports down the line you don’t want to have someone think that you are not able to do something because of that, or that you will have to be treated differently because of that, so maybe they don’t even speak up to their coaches, for fear of not going played as much,” Thomas said.

As a soccer player, junior Mikayla Downs finds it difficult to speak up.

“Sharing your mental health with people that can help you is important, but as an athlete I never want to tell people that I am not OK, because I always want to play. If I am not OK, then they would be like, ‘You can bench,’ ” Downs said.

Even though approaching coaches may be difficult, Downs stresses the importance of talking to coaches if necessary.

“I don’t know about many of the other sports, just because I haven’t participated in them, but in soccer and volleyball the coaches were always really understanding about taking time off if you needed to,” she said. “They were always really supportive.”

While athletes may have difficulties discussing their problems, the coaching staff at LHS in addition to the support team provided by the school provide a resource for anyone, athlete or not, who may be in need of support.

“Whether it is an athlete or not, we have a great mental health team: Mrs. Thomas, Mrs. Santelli, any one of our counselors,” Green said. “They are wonderful resources for anyone that is struggling with anything.”