Lions kickoff season with a win 50-20 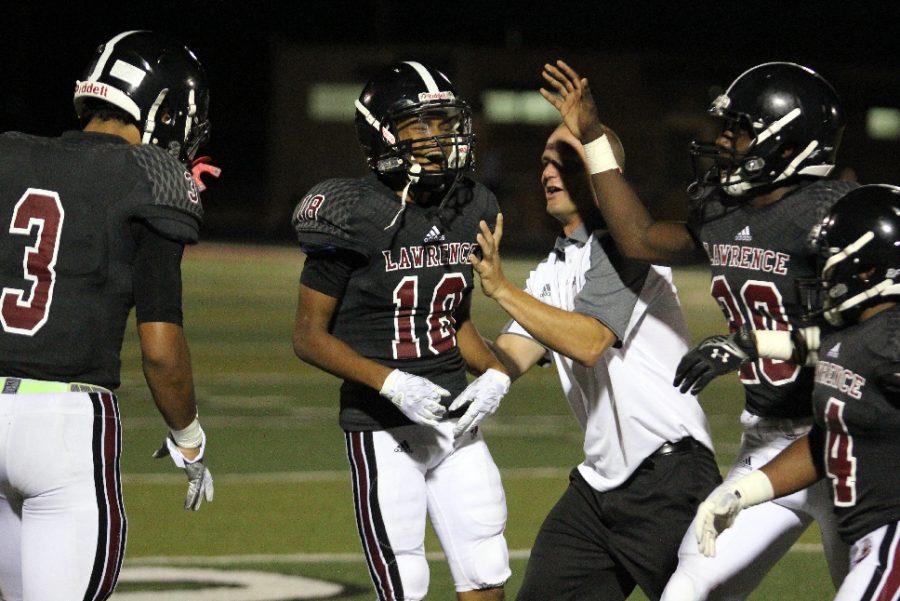 The Lions opened their season last night with a statement win, beating the Shawnee Mission Northwest Cougars by a score of 50 to 20.

The Lions scored early and often, led by junior quarterback Dante’ Jackson, who opened the floodgates by taking a quarterback keeper down the sideline 56 yards to put the Lions ahead in their first possession. On the following defensive possessions, a punt from Northwest was blocked and returned by senior Erik Shackelford for a touchdown, followed by a tackle by senior James Murry in the endzone for a two point safety on the next possession for the Cougars. With only 7:37 of the first quarter expired, the Lions surged out to a 16-0 lead.

Rather than let off of the gas and let the Cougars back into the contest, the Lions added to their lead with three touchdowns from senior running back Trey Moore, who went into halftime with an impressive 122 rushing yards to his name. The stout defense for the Lions was rarely tested, and coasted into halftime pitching a shutout, 37-0.

SMNW came out of halftime with a renewed passion and soon found themselves knocking on the door with a 14-0 run, but one final touchdown for Moore— this time coming through the air from Jackson— shut down any hopes of a miraculous comeback. Moore finished the night with four touchdowns and 189 total yards, a fine show of form for the running back who picked up an All Sunflower League Honorable Mention award last year.

LHS goes back into action on September 9 when they host Shawnee Mission North.