Lions take on Wichita Southeast in semifinals game at 4:45 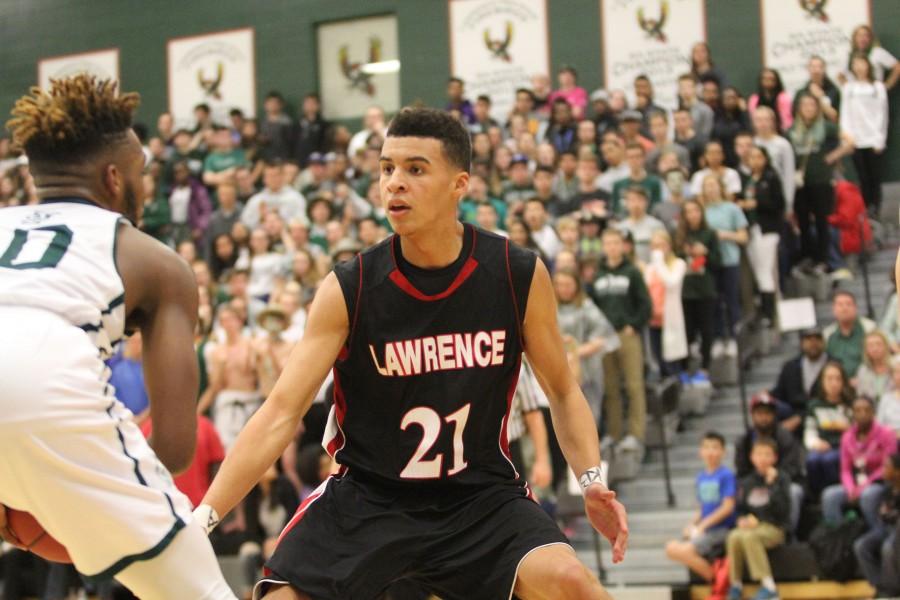 Within one game of a return to the state championship, the number one-seeded Lions are on a mission. Standing in their way is the upstart: fourth-seeded Wichita Southeast.

The Golden Buffaloes have proven to be an offensive juggernaut so far this postseason, scoring an average of 80.6 points per game, carried by standout senior point guard, Jerrick Harding. Fresh off a 42-point explosion in the state quarterfinal against Olathe East, Harding poses as the biggest threat for the Lions.

Harding’s versatility both inside and outside the paint makes him all the more dangerous. In last night’s game, Harding had five three-pointers and  was just as dangerous taking the ball inside, going a perfect 11 of 11 from the free throw line.

However, the Lions are anticipating the threat.

“I think the best word is that we are going to try and contain [Harding] and I am not quite sure what that is today,” head coach Mike Lewis said. “As long as he has 25, 30 points and we win then great. We just want to contain him and make him work for his shots and play as a team defensively.”

Having been to the state tournament last year, the Lions have experience on their side on the big stage of the Wichita State University court at Koch Arena.

“I think we’re comfortable with a lot of the guys, this being their second year here,” Lewis said. “We know the routine of getting over to Koch and working our way around the gym, the gym floor and the atmosphere on the floor is a comfort zone now and we have got one game under our belt. I think we are in a position now where we can just loosen up and play today.”

Stopping fast teams and hot players has been a theme for the Lions this postseason. In their three games so far, the Lions’ stout defense has allowed only 50.3 points per contest. Efficiency on the defensive end has allowed the team to turn their opponents over and get out and run, where their stars shine the brightest.

Benefiting from both the Lions’ dynamic transition attack and getting looks inside in the team’s half court offense is forward Price Morgan. The six-foot, four-inch senior has scored 15-plus points for eight straight games heading into tonight. His offensive prowess will be a key for the Lions to expose the Golden Buffaloes, who are averaging 69.3 points allowed per game in the postseason.

“I would just say being here the first time we got a lot of experience and that really helped me and the guys have a good game yesterday,” Morgan said.
The winner of the semifinal advances to the final against the winner of the other semifinal between Blue Valley Northwest and Shawnee Mission Northwest at 6:15 p.m.. The loser of this game will play the other loser in the third place game at 2 p.m.