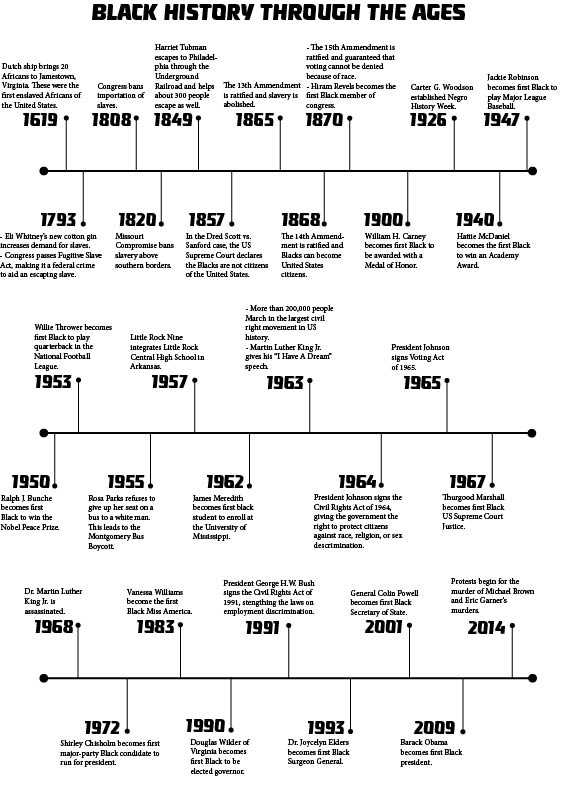 Every year since 1976, February has been known as Black History Month, celebrating the lives and achievements of blacks in history when faced with discrimination and racism.

There is usually a specific theme to each consecutive Black History Month. This year, the theme was “Hallowed Grounds: Sites Of African American Memories.”

This theme included recognition of the locations well-known in African American history, including battlefields where blacks fought for freedom in the Civil War and communities that were created during years of migration.

While many think that Black History Month is a good thing to recognise the success of important people in history, others such as movie star Morgan Freeman believe that it is impeding on equality between races. At LHS there are many differing opinions.

FYI Club and Can We Talk Club director Lynisha Thomas understands Freeman’s stance as often there is misrepresentation of cultures in school and the media, she said. Black History Month would be unnecessary if all cultures were portrayed equally, Thomas said.

“When it is second nature that different cultures are represented across the board positively in school curriculum and the media, then I would agree with people like Morgan Freeman,” Thomas said. “But unfortunately, that is not the world we currently live in, and it’s sad.”

While Thomas agrees with Freeman, however, some people believe otherwise. Junior Liliah Henderson believes that Black History month is beneficial for the community to celebrate.

“[Black History Month is important] just to recognize people who have gone through jail cells, like Mandela,” Henderson said. “And Martin Luther King getting killed. Just giving them recognition for all that they have done and it’s really just a march of appreciation.”

The Can We Talk Club has discussions about influential leaders who have assisted in creating a nearly equal society. The club has a display in the hallways showing important individuals in Black History.

Last month, Black History Month continued celebrating famous people of color in history. While there are differing views on the importance of Black History Month, for now it is a representation of the success of blacks throughout history.